False Flag -- A horrific, staged event, blamed on a political enemy and used as a pretext to start a war or enact draconian laws in the name of national security.
Post Reply [phpBB Debug] PHP Warning: in file [ROOT]/vendor/twig/twig/lib/Twig/Extension/Core.php on line 1275: count(): Parameter must be an array or an object that implements Countable

1 post [phpBB Debug] PHP Warning: in file [ROOT]/vendor/twig/twig/lib/Twig/Extension/Core.php on line 1275: count(): Parameter must be an array or an object that implements Countable
• Page 1 of 1

The Dreyfus affair was staged in the 1890s in France. It looks like just another false flag that was used to establish the Zionist Congress and/or to put Rothschild puppets in control of France..
By common consensus, not the “Jewish” Alfred Dreyfus but, Charles-Ferdinand Walsin Esterhazy (of Hungarian origin) was really guilty of selling secret information to German colonel Von Schwartzkoppen.

In June 1894, Esterhazy received a considerable sum of money from De Rothschild. In July 1894, Esterhazy sold secret information to Von Schwartzkoppen.
It’s not clear how the French army on 26 September 1894 could have discovered the “bordereau” from Esterhazy to Von Schwartzkoppen (without Esterhazy’s name). Based on this “bordereau” Alfred Dreyfus was later sentenced.
On 15 October 1894, the French captain Alfred Dreyfus was accused by the French army of high treason for selling secret information to German colonel Von Schwartzkoppen. On 19 December 1894, his process began in which he was sentenced to life imprisonment.
Starting on 13 April 1895, Dreyfus was locked up at Devil's Island (near French Guyana) where he could not be visited (by his wife). 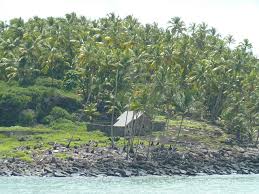 In 1894, information was leaked to Eduard Drumont of La Libre Parole, that the Jew Dreyfus had been found guilty of spying. In one of those strange “coincidences”, Esterhazy had previously anonymously written an anti-Semitic article for Drumont. Immediately anti-Semitic articles began to appear that the Jew Dreyfus had sold secret information to Germany.
In March 1896, the French army discovered a "telegram" from Von Schwartzkoppen to Esterhazy. If Esterhazy was guilty, Dreyfus had to be innocent.

Colonel Georges Picquart discovered that the handwriting of Esterhazy and the “bordereau” are identical and reported this to his superior General Raoul Let Mouton de Boisdeffre. On 27 October 1896, Picquart is sent for a mission abroad.
On 10 November 1896 the “bordereau” is printed in Le Matin, which was "accidentally" leaked to the press. In one of those strange “coincidences”, Mr. Castro sees the “bordereau” and realises that it was written by Esterhazy, which he immediately tells Dreyfus's brother.
On 17 August 1897, Esterhazy is put on inactive leave, in January 1898 he was acquitted and in August 1898 all charges against him were dropped. On 27 August 1898, Esterhazy was dismissed from the French army, after which he leaves for England.

Several people had already professed that Dreyfus was innocent but with little impact.
Staring on 15 November 1897, the influential parliamentarian Auguste Scheurer-Kestner publicly stated that Dreyfus is innocent.
On 8 November 1897, Bernhard Lazare asks Zola to get involved in freeing Alfred Dreyfus.
On 25 November 1897, Zola published his first article about this affair in the newspaper Le Figaro. After his third article in Le Figaro on 5 December 1897, Zola continued his campaign by distributing his third and fourth articles as freely sold pamphlets, after Le Figaro refused to publish more of his articles.
Starting on 13 January 1898, Zola’s articles appeared in the L’Aurore. That was the day that the famous “J’Accuse…!” was page-wide on the front page of L’Aurore. At L’Aurore Lazare was a reporter and George Clemenceau the editor-in-chief.
On 18 January 1898, Zola was charged by the French Minister of War for insulting the army. On 23 February 1898, Zola was sentenced to 1 year in prison and a fine of 3,000 francs. In appeal this was squashed because the minister could not have sued him for this (but only the offended members of the army).
In the second trial, Zola was sentenced to 2 months conditional and 3,000 francs.
On 18 July 1898, in a third trial, by the “insulted” members of the court martial (of the French army), Zola was again sentenced for libel to 1 year in prison and 3,000 francs.
On the advice of his attorney, Zola fled to England.

On 13 March 1898, Lemercier-Picard, who had admitted that he falsified information to frame Dreyfus, is found dead, hanging from a rope in his hotel room.
On 30 August 1898, Henry acknowledges that the evidence against Dreyfus was fake. Henry is put in military detention, where he dies a day later after his neck is slashed with a razor blade.
On 30 August 1898, the wife of Dreyfus petitioned for a review of the verdict against her husband; on 29 October 1898, this was declared admissible “in principle”.
On 3 June 1899, the review was finally granted and both Dreyfus and Zola returned to France.

On 18 July 1899, Le Matin published a statement of Esterhazy that he admitted writing the “bordereau” to Von Schwartzkoppen.
The review of the Dreyfus process started on 11 August 1899, but on 9 September 1899 his previous life sentence was confirmed. On 19 September 1899, the French government granted Dreyfus pardon. 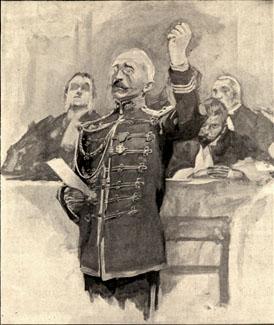 In the meantime, Zola had appealed against his (second and third) convictions; there never came a verdict in these appeals (because Zola died).
Zola’s latest article in L’Aurore was published on 22 December 1899.
In January 1901, Zola compiled his articles on the Dreyfus affair in the book “The truth is marching on”.
On 19 September 1902, Zola died of gas poisoning.

In 1903, the Supreme Court again ruled on the Dreyfus case. Dreyfus was rehabilitated in 1906. 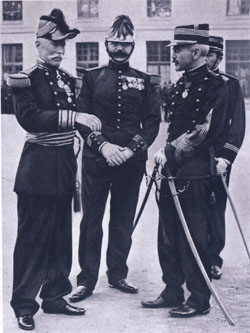 It took until 1995, that the French army officially admitted that Dreyfus had been a victim of a "military conspiracy": https://faculty.georgetown.edu/guieuj/D ... Affair.htm
(archived here: http://archive.is/jrNKe)


Rothschild
In one of those strange coincidences, Esterhazy had been in the same class as Edmond de Rothschild (?) and had an amazingly successful career in the French army - in 1874 Lieutenant, 1880 Captain and in 1892 Major.
“Coincidentally” he sold information to Germany shortly after receiving money from De Rothschild.
In 1814 Solomon Rothschild became a member of the Order of Freemasonry: "L'Aurore Naissante".

The chief editors of l'Aurore, Georges Clemenceau and Georges Mandel, were later successful in politics. Mandel (who was born Louis George Rothschild) made it all the way to Interior Minister, while Clemenceau even became French president.

Émile Zola was as a freemason, and Zola had met Edmond de Rothschild several times.

At the ceremony where Dreyfus was publicly degraded of his military rank, both Theodore Herzl and Lazare were present.
It was Bernard Lazare who had proposed to Edmond de Rothschild to make Theodore Herzl the “leader” of the Jewish community to promote Zionism.
Herzl explained that anti-Semitism was at the root of Zionism.

1 post [phpBB Debug] PHP Warning: in file [ROOT]/vendor/twig/twig/lib/Twig/Extension/Core.php on line 1275: count(): Parameter must be an array or an object that implements Countable
• Page 1 of 1